Malaysia has had the great fortune of being considered as being one of the most biologically diverse countries in the world. According to the Convention on Biological Diversity, the nation is host to as many as 15,000 species of vascular plants, 306 species of mammals, 742 species of birds, 242 species of amphibians, 567 species of reptiles, over 449 species of freshwater fish, over 500 species of marine fish and more than 150,000 species of invertebrates.

And many of these species of flora and fauna call our swathes of tropical jungles home, which has earned the nation its title as a megadiverse habitat. Despite that fact, our continued encroachment into these natural domains have left an indelible and irreversible effect on the local ecology, destroying many of the remarkable natural features that have existed in Malaysia since time immemorial.

Among them include the majestic Dakota Waterfalls, located near Gua Musang in Kelantan. The waterfall was named after a British Dakota KN630 aircraft that had crash landed there on 25th August 1950, killing all 12 passengers on-board.

Despite having witnessed such a horrific incident in its past, the waterfall has stood as a majestic part of the local vista, offering intrepid jungle trekkers a scenic break from their journeys with crisp, clear waters that nurtured the surrounding greenery.

However, that is no longer the case according to local activist group Persatuan Aktivis Sahabat Alam (KUASA). In their latest Tweet, members from the group have shown the waterfall in its current state, where once gushing rapids have turned into a shallow stream surrounded by arid dirt and what appears to be debris from broken tree trunks.

According to the group, the condition of the waterfall is attributed to logging activities which have been found being conducted nearby. The logging activities have also apparently gone against specifications outlined by the JPSM Forestry Manual Volume I-III. as well as the Malaysian Criteria and Indicators for Sustainable Forest Management (MC&I). They are as follows:

“No corrective measures have been undertaken by either the contractors or the Forestry Department to date, in spite of the fact that a Forest Monitoring Report should have been conducted once a month to ensure that the area is in order and well-controlled.” they said.

Arial footage obtained by the group have also shown that a logging trail has been created across from the waterfall. This comes after the Kelantan Forest Director had reportedly claimed that logging activities could help support the survival of the critically endangered Malayan tiger population. 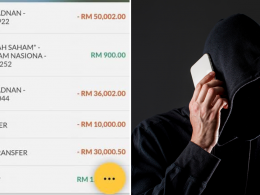 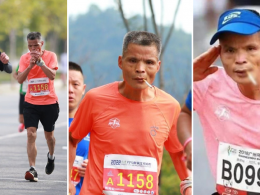