Arguably one of the most memorable headlines that Malaysians have encountered throughout this already tumultuous year was the tale of the extortionately expensive siakap fish sold by a Langkawi restaurant to a group of diners. From amusement to curiosity, the story has raised the popularity of the humble barramundi fish to stratospheric levels. And you’ll be surprised to know that the fishy saga has yet to end.

After the furor that the incident had created surrounding the pricing of menu items in seafood restaurants and a community debate as to whether the restaurant proprietor or the customer was at fault, it turns out that the Ministry of Domestic Trade and Consumer Affairs (KPDNHEP) have weighed their verdict over the dispute.

According to BERNAMA, the restaurant proprietor that had sold the astronomically priced siakap fish is currently being investigated under Section 53(A) of the Price Control and Anti-Profiteering Act (AKHAP) 2011 over their failure to maintain a proper set of business documents and paperwork.

The Ministry’s Deputy Minister, Datuk Rosol Wahid, had said that the restaurant was previously given an extension until 17th November 2021 to provide the relevant documentation for further investigations to be carried out, but have not been able to do so. This has resulted in the Ministry’s inability to accurately ascertain as to whether an element of profiteering had existed in the dispute.

The ministry will now refer to the Deputy Public Prosecutor’s office to determine a suitable next course of action against the restaurant operators.

Led to the launch of ‘Ops Menu’

In light of the now infamous siakap incident, ‘Ops Menu’ was promptly launched by KPDNHEP, starting from 6th November 2021. The operation has led to over RM6,400 in total compounds issued across 21 cases that comprised a number of different offenses. 10 of the 21 cases involved offences under the AKHAP 2011, while the remainder were related to offences committed under the Weights and Measures Act 1972.

As many as 2,800 premises were investigated, with the operation slated to continue until 31st December 2021. Opinions continue to remain divided as to who was responsible for the siakap incident. Some have accused the restaurant proprietor for failing to uphold business transparency when selling the 7-kilo fish to customers, while others have said that the customers got exactly what they paid for.

The restaurant proprietor maintains that the customer was well-aware of the size of the fish, and that the price charged for it was fair, as it had been raised over a period of 11 years, and was only ever fed with small fish as opposed to just pellet food, reports Utusan Malaysia. 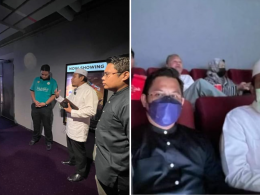 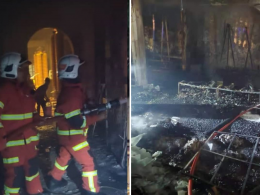 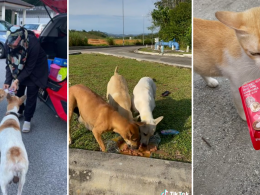 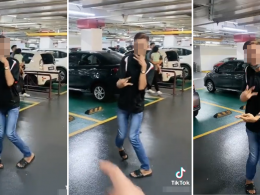 As decent human beings, one of the few things we know never to do as a rule is…
byChee Wong
24 shares
24
0
0