With over 792k Instagram followers and 475k YouTube subscribers, 25-year-old Mohammad Sofian is known for his video collaborations featuring local and international artists such as Malaysian actress Nellofa, American actor Will Smith and internet personality Zach King (which Sofian claims to be his idol).

To add to his flaunt-worthy list of collaborators, the Kelantan-born social media star recently released a video featuring WWE wrestler John Cena in promoting the new Fast and Furious movie, F9, the ninth installation to the Fast & the Furious franchise. Besides the jaw-dropping collaboration with WWE world champion, netizens couldn’t help but beam with ‘Malaysian-pride’ at John Cena’s attempt to speak Bahasa Malaysia in the video.

The 42-second clip uploaded on Sofian’s YouTube channel, Sofyank96 begins with Sofian telling John to “tengok ni” (look here), saying that he has a surprise for him, to which John attempts a rather successful “tengok apa (look at what)?”.

Sofian then removes a gigantic toy canon from his exclusive-looking suitcase and fires a shot into the air. John Cena proves his language ability once again with a “bapak powerlah Sofian” (that’s powerful Sofian). The ‘bapak’ reference was what truly stole the heart of many Malaysians.

If you listen closely, you will hear that John used the slang “cun” (nice) to describe the ‘gigantic toy’ that Sofian had prepared for him! At the time of writing, the video stands at 328k views on YouTube. Malaysians are proud of you for being able to pull off a collab with John, Sofian!

You can watch the full clip here. Don’t forget to catch John Cena in action on F9 at cinemas near you! 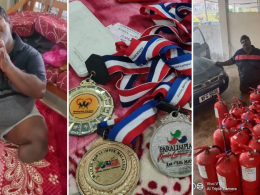 Despite the stigma they have to endure, disabled individuals are no less deserving of the same respect and…
byChee Wong
1 share
1
0
0
No comments 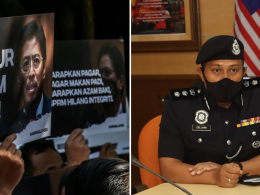 PDRM deploying 1,000 men ahead of Anti-MACC rally; 6 major roads & 25 train stations in KL to be closed 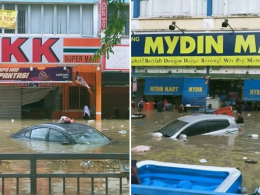 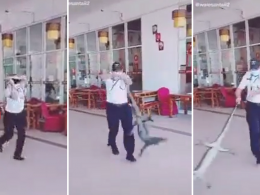 Asian monitor lizards are a pretty common sight in Malaysia, despite the shock and awe that the creatures…
byChee Wong
14 shares
14
0
0
No comments