As we enter another year of TechTober, manufacturers are busy keeping the hype-train alive as new phone models wait on the precipice of their launch dates to meet the public. The same goes for new software too, with major developers such as WhatsApp announcing new versions of their applications to meet our ever changing needs.

WhatsApp will no longer work on certain phones by November

With that being said, in comes the new and out goes the old. And with a new generation of tech moving in, older generations of devices will inevitably be phased out. Instant messaging giant WhatsApp has officially announced that they will officially be ending support for older Android and iOS devices from 1st November 2021 onwards, reports The Mirror.

More specifically, the app will no longer be supported on devices that are running on Android 4.1 aka Android Jellybean, which was released in 2012. As for Apple devices, you’ll need to be running iOS 10 and beyond to keep receiving and sending WhatsApp messages, according to LADBible.

This means that a grand total of over 52 different smartphones from between the Android and Apple space will lose support for WhatsApp by November. The decision to do so is likely a precautionary one made to ensure that user-data on WhatsApp remains secure by supporting only newer versions of operating systems that include user privacy and security measures by default.

Here are the affected devices, listed by manufacturer and model:

Apple: (note that you may retain WhatsApp functionality if your device can be upgraded to iOS10)

Also read: For RM99, Apple will sell you a polishing cloth for your devices

In the advent of modern automotive technology, one brand has consistently stood out as being on the cutting-edge…
byChee Wong
No comments 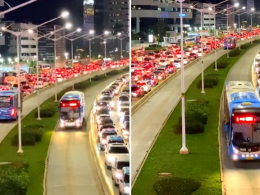 The Malaysian public transportation system has often been described of as a double-edged sword among local denizens. While…
byChee Wong
1 share
1
0
0
No comments Apple devices are known for a few things: being well-made, well-designed, and incredibly intuitive to use. They also…
byChee Wong
No comments 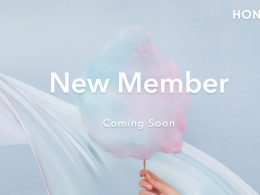