In his latest address to the nation during the 2023 Budget dialogue, Prime Minister Datuk Seri Anwar Ibrahim has revealed that the national debt has now surpassed the RM1.5 trillion mark. As reported by local newspaper The New Straits Times, this amount also includes liabilities borne by the nation and represents a whopping 80% of the country’s Gross Domestic Profit (GDP) figure.

Anwar, who also currently holds the Finance Minister portfolio, says that the issue needs to be urgently addressed and stresses that Malaysia cannot afford to remain complacent on the matter. This is only further exacerbated by the current global economic outlook in the wake of both the Covid-19 global pandemic and the ongoing Russo-Ukrainian conflict that has yet to show signs of abating.

“The economic uncertainties are still not easing. The economy is still considered dim and this was also contributed externally including the Ukraine-Russia conflict as well as global recovery post-Covid.”

“The problem with our debt is it has already touched RM1.2 trillion and if includes liabilities, it is RM1.5 trillion. We have to accept this reality. We cannot feel complacent, living with the culture of contentment as if there is no problem,” he said.

What’s more, debt servicing charges in 2023 will amount to RM45 billion, representing 15% of the nation’s revenue which is currently the maximum amount that the country can afford to bear. In light of the current situation, he said that the government will adopt a different approach to help fortify the nation’s economy.

No intentions of constructing any new landmarks

Separately, Anwar has also stated that no new landmark megaprojects will be built under his tenure as Prime Minister. According to national news agency BERNAMA, he said that both KLCC and the soon-to-open TRX Tower are both more than adequate.

“I care about Kuala Lumpur, KLCC and TRX are enough landmarks, I will not compete.

Under Anwar’s (tenure), I have no intention of having a landmark.” he said during the same conference.

Instead, he wants to turn his focus on improving the cleanliness and beauty of the city, while also providing support to Small and Medium Enterprises (SMEs) as well as hawkers by understanding their needs.

He noted that both sectors are often neglected, after making observations at eateries last Friday.

Also read: After Russian couple climb to the top of Merdeka 118 spire, 4 US daredevils reveal that they did it too 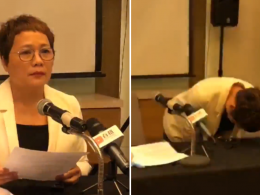 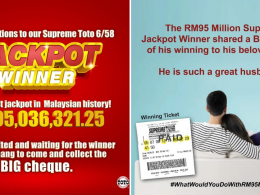 What would you do if you suddenly found yourself with an extra RM95 million? While that may seem…
byChee Wong
No comments For many of us who are living in gated and guarded residential neighbourhoods, we often expect that the…
byChee Wong
No comments 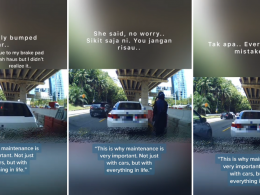 Accidents can and will happen, regardless of how careful one may be in an attempt to avoid them.…
byChee Wong
1 share
1
0
0
No comments