In one of the most landmark verdicts to have ever been delivered in the Malaysian judiciary system, former Prime Minister Datuk Seri Najib Razak was convicted with seven charges in relation to the RM42 million funds found in his accounts from SRC International on August 23rd 2022.

With a panel of five judges led by Chief Justice Tengku Maimun Tuan Mat maintaining his sentence, he is now serving a 12-year jail term from Kajang Prison and is expected to fork out RM210 million in fines.

Despite his conviction however, support for the disgraced former statesman remains stalwart among his most fervent fans and family members, as evidenced by the turnout witnessed at a recent solidarity event held in Najib’s name in his constituency of Pekan. In fact, his son Nizar Najib had gone so far as to compare his father’s current circumstances with that of the late South African President and Nobel Peace Prize laureate, Nelson Mandela.

Drawing parallels between Najib’s imprisonment and that of Mandela’s, he told teeming crowds that his father would emerge from behind bars as a better person.

To put things into perspective, Nelson Mandela is often considered to be a figure of peace who stood against the oppressive South African racial policy known as ‘apartheid’. As explained by Encyclopedia Britannica, ‘apartheid’ refers to the legal sanctioning of racial segregation and economic discrimination against nonwhite South Africans. Under the system, South African society was broken down into four distinct racial classes, namely: Bantu (Black Africans), coloured (those of mixed race), Asian (those of Indian or Pakistani descent), or white.

As a consequence of apartheid, the lives of nonwhites were severely restricted by the racial boundaries imposed through the policy, limiting their access to education, healthcare, housing, and employment, putting them at a disadvantage. Civil resistance against the policy were kindled by local activists, such as strikes and acts of sabotage.

A young lawyer by the name of Nelson Mandela would go on to join the African National Congress (ANC) in 1944, before assuming leadership of its Johannesburg’s youth wing. Caught and imprisoned multiple times despite advocating for advocating nonviolent resistance to apartheid, he would go on to be sentenced to life in prison in 1964. He would spend 27 years under imprisonment, before being released in February of 1990, according to History.com.

As for Najib, he is currently serving time in prison after he was convicted on seven charges of abuse of power, criminal breach of trust and money laundering, in connection with the RM42 million in funds that were siphoned into his accounts from SRC International. The company had known ties to the 1Malaysia Development Berhad (1MDB), which had initially been set-up as a sovereign fund with help from Malaysian financier Jho Low, that was supposedly meant to accelerate economic development in the country.

Najib is also currently standing trial for his involvement into the 1MDB scandal, where large sums of money were borrowed from government bonds before being wired into multiple bank accounts based in Singapore, the United States, and Switzerland.

The money was said to have been used to fund the lavish lifestyles of Najib’s family, most notably his wife Datin Seri Rosmah’s penchant for high luxury, as well as that of Jho Low’s. According to Reuters, the United States Department of Justice claim that as much as $4.5 billion (RM20.2 billion) had been diverted to off shore accounts and shell companies from the sovereign fund. 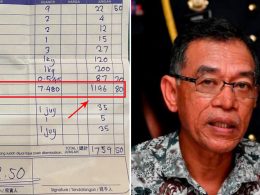 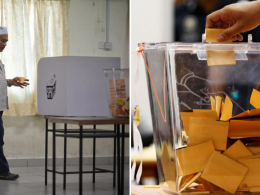 All is fair in love and war, as the old saying goes. For those who aren’t familiar with…
byChee Wong
No comments