“Fix your potholes, save your people,” Aussie biker calls out M’sian govt for not maintaining local roads properly

Time and time again, the topic of roadworks and the maintenance of local urban infrastructure has come up in discussion among locals living in Malaysia. And that’s not without good reason either, as in many instances, concerns such as potholes or uneven road surfaces are rarely addressed in a timely manner. In fact in some cases, Malaysians have been left with no choice but to resort to their own ingenuity to get local authorities to patch up their roads, as this group of enterprising Kedahans went on to show.

But just how badly maintained are Malaysian roadways? Well it would now appear that our local reputation for pothole-riddled roads has even caught the attention of a foreign biker, whose TikTok video on the subject has recently been shared among local social media circles.

Initially uploaded by TikTok user @landobrotherhood, the clip shows a member of the motorcycle club that he belongs to talking on the subject of road maintenance after the group had made a pit-stop by a stretch of deserted highway in the South American country of Peru.

Panning his camera around, the man, who was later introduced by Zawawi as Andy from the Australian charter of their motorcycle club, said that the group had been riding with motorcycle enthusiasts from a number of different countries during their journey.

He then turns to show an uninterrupted freeway that cuts through miles of Peruvian planes.

“And, makes you wonder how come Peru’s a poor country and can have these beautiful country roads, where not many people go, and they look after their people.”

He then draws comparisons with Malaysia, and points out how Malaysian authorities aren’t able to do a similar job of keeping local roadways in good condition for other motorists.

“And the Malaysian authorities cannot even look after their own people, or fixing their potholes. Do you wonder why there’s no beard on Santa? Because this is serious. Fix your potholes, save your people.”

According to Zawawi, Andy is also the grandson of the founder of the Harley Davidsons Riders Group in the United Kingdom, and was joined by a motoring journalist and blogger known as Toby.

The video has since sparked discussions among netizens regarding the condition of roadways in Malaysia. Some have echoed Andy’s sentiments, and agree that the Malaysian authorities’ attitudes towards maintaining local roads left much to be desired. One jokingly claims that a minister needs to fall into a pothole first, before it would be repaired, while other netizens point to cronyism and corruption.

Some however, have pointed out that the roadways in Peru look spick-and-span owing to the likelihood that the roads weren’t being used much, if at all.

Also read: Kedah residents plant banana trees in neglected potholes to get authorities to fix them & it worked! 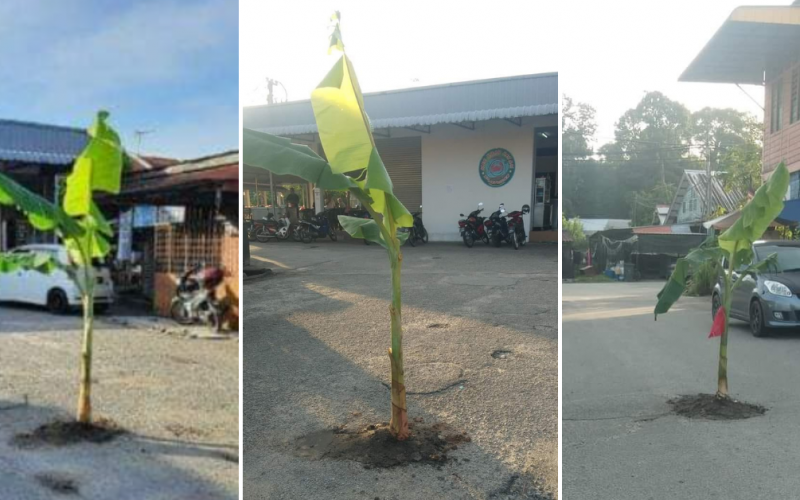 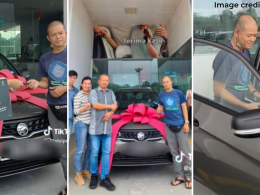 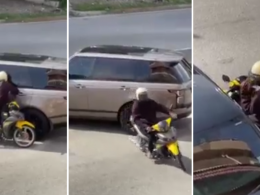 Time and time again, we are often reminded that we should never keep any of our valuables in…
byChee Wong
9 shares
9
0
0
No comments 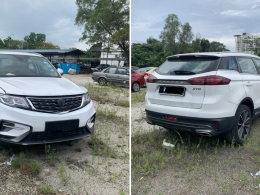 Car accidents are sometimes inevitable, and can often prove to be a hassle for all involved. Asides from…
byChee Wong
No comments 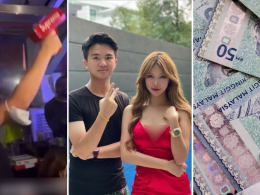 Recently, a mysterious man was under fire for “giving away” RM 100,000 in a nightclub while clubbing with…
byEunice
No comments