“You get out first,” 28yo M’sian man recounts last words wife said to him before tragically dying in fiery accident

Over the past weekend, an accident that occurred along KM45.7 of the North-South Expressway’s southbound stretch in Sedenak, Johor tragically claimed the lives of two individuals. Quoting Renggam Fire and Rescue Station Operations Commander Mohd Fauzi Nor, the crash was said to have taken place at 7.47pm on Saturday (October 15th, 2022), reports local paper Malay Mail.

At the time of the incident, an Isuzu lorry, a Proton Perve, a Proton Wira, and a Toyota Vios were found to have collided into one another before the wreckage of the vehicles involved caught fire. Authorities who responded to the scene said that the lorry itself was 70% burnt, while the Proton Wira and Toyota Vios sedan cars was 90% burnt.

Only four individuals managed to escape from the tragedy, of which includes the lorry driver and his attendant, identified as S. Suresh, 38, and Mok You Jian, 22, in addition to the driver of the Proton Wira and the Toyota Vios.

In the case of the Toyota Vios, a burnt body was discovered but has yet to be successfully identified. The second fatality was the wife of the Proton Wira driver, identified as 28-year-old Nazihah Kamalul Arifin. In speaking with members of the media, Proton Wira driver Redzuan Jamil explained that prior to the accident, they were held up along the highway due to another accident that happened further down the road.

“Suddenly, I felt an impact from behind when a 5-tonne lorry crashed into my car and two others. I tried to rescue my wife by breaking my front windshield and the window next to my wife, but she was pinned against the dashboard. At the time, my wife was still conscious.” he said.

Recounting the last words his wife said to him

While he was attempting to free her, she told him to save himself first.

“Awak keluar kereta dulu, (you get out of the car first)”, he recalled her saying.

Unfortunately, the gas tank of his car would then suddenly explode as he was being dragged away by members of the public out of the wreckage. His wife perished in the blaze.

The couple, who have been married for three years, were said to have been incredibly close and would spend much of their time together. 28-year-old Redzuan suffered from small burns to his face as a result of the crash, but was otherwise unharmed. They had been en-route to Gelang Patah to catch a footbal match at the Sultan Ibrahim Sultan Iskandar Stadium prior to the accident.

Video footage of a distraught Redzuan calling out to his wife who was trapped in their car has since gone viral across social media. Her body was buried at the Kampung Temenin Lama Muslim Cemetery yesterday (October 16th, 2022), according to BERNAMA.

Also read: Lorry driver dies from being pinned down by falling height limit signboard after crashing into it in Penang 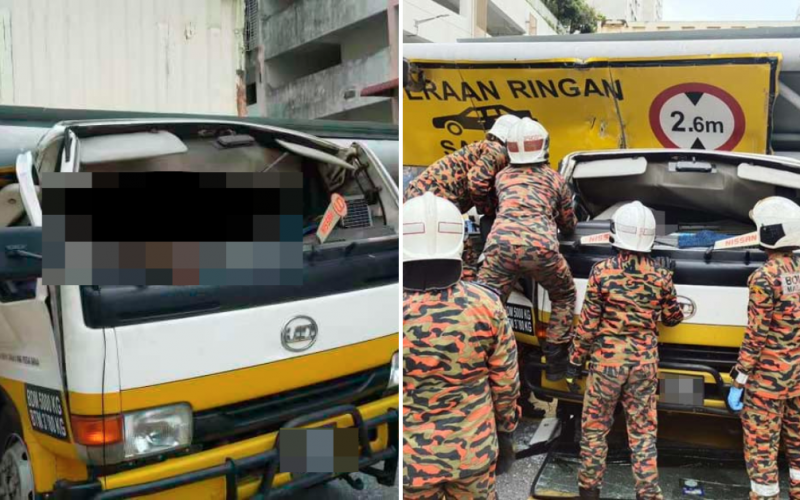 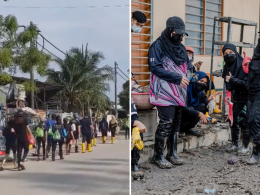 Power to the people; a phrase that we often hear being used a lot in grassroots movements seeking…
byChee Wong
No comments