Which is which? Here are 5 facts each on Merdeka 118 PNB and The Exchange 106 at TRX to help you tell them apart!

As a glittering metropolis festooned with concrete, glass and steel, Kuala Lumpur plays host to many architectural wonders by way of towering skyscrapers. Among them include some of the region’s most noteworthy landmark projects, such as the Kuala Lumpur City Centre (KLCC), Kuala Lumpur Tower, and of course, the up-and-coming second-tallest building in the world, Merdeka 118 PNB as well as the city’s latest finance and business district, the Tun Razak Exchange (TRX).

With that said, it can be pretty easy for those who aren’t familiar with the Kuala Lumpur landscape to confuse the many edifices that dot the skyline, especially between the two latest flagship developments. Bearing that in mind, here are five things that can help you tell apart Menara 118 PNB with The Exchange 106 in TRX!

Among one of the most commonly made mistakes between both Menara 118 PNB and the Tun Razak Exchange is the assumption that the former is located in the latter. In actual fact, Merdeka 118 PNB can be found along Jalan Hang Jebat, close to both Stadium Negara and Stadium Merdeka. It is situated on a plot of land atop Petaling Hill that was once occupied by Merdeka Park. Sadly, Merdeka Park has since been turned into an open-air parking lot.

3. Merdeka 118 PNB is the second-tallest building in the world

Probably the building’s biggest claim to fame is that Merdeka 118 PNB happens to be the second-tallest building in the world, measuring 678.9 metres tall. This would also make it the tallest building in both Malaysia and Southeast Asia. And for those of you with nerves of steel or would like to confront your fear of heights, you will also be able to visit Southeast Asia’s highest observatory, which will be open to public access sometime late this year.

4. The design of the building is inspired by Tunku Abdul Rahman

Since its façade took shape, many Malaysians have compared Merdeka 118 PNB to old-school Motorola handsets from the late 1980s. And while that is arguably a very fair comparison, the building’s design motif was actually based off on a pivotal moment in Malaysian history: our first Prime Minister, Tunku Abdul Rahman, cheering on ‘Merdeka!’ during his speech on Independence Day in 1957 with a raised hand.

As its name implies, Merdeka 118 PNB tower will consist of 118 floors of mixed-use space. This includes a mall that will occupy the base of the tower, around 83-storeys of tenable office space, as well as a branch of the Park Hyatt Hotel and other entertainment amenities, including the aforementioned observation deck.

1. The Exchange 106 is the centrepiece of TRX

If Merdeka 118 PNB isn’t located in the Tun Razak Exchange, then what is the name of the building that towers over the vicinity? Well that would be The Exchange 106. Construction of the tower began back in 2016, and has reached 99% completion as of May 2022, according to Malay Mail. The megaproject is located close to Jalan Tun Razak on a plot of prime land.

2. Development of The Exchange 106 was funded by the 1MDB Sovereign Fund

One point of contention that continues to mar the TRX project is its inherent association with the highly contentious 1 Malaysia Development Berhad (1MDB) sovereign fund. The company, which was meant to serve as a strategic development enterprise and was wholly-owned under the Ministry of Finance, spearheaded the development of TRX. It was launched by Najib Razak back in 2012.

Coming in at 453.6-metres tall, The Exchange 106 tower is considered to be the third tallest building in Southeast Asia and is currently the second-tallest building in Malaysia. The building’s height is topped by a illuminated crown which measures around 11-storeys high, and surpasses the Petronas Twin Towers by 1.9-metres in height.

For those who are keen to take in the view from The Exchange 106, you can do so by accessing the Sky Lobby located on the 57th floor of the building. According to SoyaCincau, the Sky Lobby comprises of two floors and will be the highest point accessible by members of the public. There will also be plans to bring in restaurants and cafes to the Sky Lobby. What’s more, the floor number 57 was chosen to represent Malaysia’s year of independence back in 1957.

As one can expect, The Exchange 106 will also come complete with a shopping complex, appropriately known as The Exchange Mall, at its base. And while that may not come as much of a surprise, techies will be glad to know that the mall is rumoured to feature Malaysia’s first-ever official Apple Store! This comes after the Cupertino-based tech giant began advertising vacancies for retail positions in Malaysia on their official website late last year. 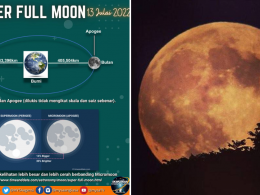 Denoting the end of a lunar cycle, full moons have often been intrinsically tied to humans since time…
byChee Wong
1 share
1
0
0
No comments 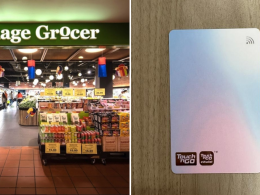 Since its release, Touch ‘n Go’s latest Near Field Communication (NFC) card had Malaysians fighting for it in…
byEunice
No comments 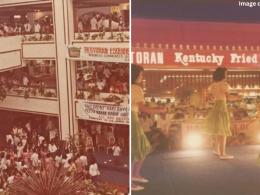 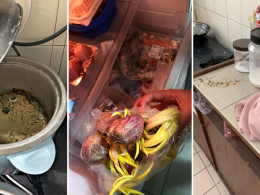 For those of us who have had to at any point in time, move away from our family…
byChee Wong
9 shares
9
0
0
No comments