The topic of the local school syllabus has come up time and time again, with both parents and teachers raising concerns alike as to how it may prove to be too challenging and difficult relative to the age of Malaysian students. Among some of the most vocal proponents on the matter include Cikgu Fadli Salleh, who has recently once again taken to social media to highlight another particularly puzzling example that he had encountered in his student’s workbooks.

While it is expected that students begin learning increasingly more complex concepts as they advance further into the syllabus, Cikgu Fadli was surprised to have found an lesson in a workbook meant for Standard 3 students, teaching them about foreign currency exchange rates.

In a photo that accompanied the post, 9-year-old children were expected to list down the various exchange rates of regional foreign currencies, such as the Vietnamese dong, the Singaporean Dollar, the Indonesian rupiah, and the Thai bhat, against the Malaysian Ringgit

“Try and guess what grade this exercise is meant for? Standard 3, gentlemen. A 9-year-old child has to now know how to exchange foreign currency.

They need to prepare a piece of paper, have a phone next to them, and know what the current rate of exchange is for the Ringgit against the Cambodian riel, or against the Vietnamese Dong.” he wrote.

Cikgu Fadli adds that these are some of the reasons why schoolteachers have been arguing over the upgrading of the new syllabus for textbooks, and says those who are in a position of privilege always provide the same justifications for including these exercises. Some say that they shouldn’t underestimate the capabilities of students at that age, while others claim that it is an important lesson to teach as many students will likely travel with their families abroad and have to know these matters by heart.

Should students learn about this at their age?

Finding their reasons to be ludicrous, Cikgu Fadli asks just how many parents are sending their children off to the money changers to exchange foreign currency ahead of a vacation, for this to be an essential lesson that needs to be taught in schools.

“But I agree on one part. I agree that we shouldn’t underestimate the abilities of our children. But to put something that doesn’t belong in the syllabus is cruel.

This isn’t the age for them to know about Asian and Western currency. This isn’t the age where they should be learning about the rise and fall of foreign exchange rates. Where is the logic in making this syllabus?” he asked.

His concerns have been echoed by many other netizens who agree that there was no reason why young children should be learning about foreign exchange rates at their age.

“I’m 33-years-old and I still have to open Google when I check the currency exchange. Pity the children.”

“I don’t know, cikgu. Standard 3 kids, after they pay for their food at the canteen they just run off. Even the auntie at the canteen doesn’t have enough time to give them their change.”

“Back when I was in school from primary to secondary, I have never once learned about exchanging currency. Even when I entered university, it was never in any of our subject syllabuses. And yet when the time came, I managed to exchange foreign currencies without issue. I have touched and held all kinds of foreign currency. Which makes me wonder how I managed to change all these currencies. This must be one of the lessons that the Ministry of Education has suddenly realised was important. I guess I must have learned it in my dreams. Stop doing weird things, Ministry of Education.” 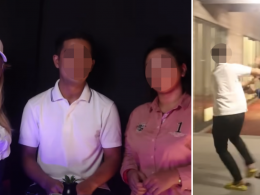 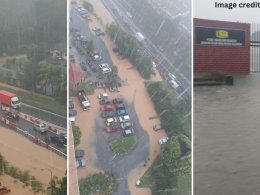 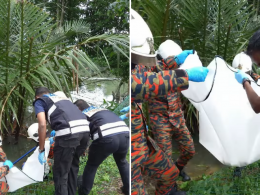 The last thing a parent would want to have to experience is the sudden loss of a child,…
byChee Wong
No comments