As travel restrictions are lifted, Malaysians all cross the nation have begun making travel plans to make up for lost time. Inevitably, that would mean a larger influx of tourists in some of the country’s more popular hotspots, including hiking trails and waterfalls. However, as we are all caught up in the zealousness for traveling, some Malaysians may have forgotten the need to keep these tourists destinations trash-free.

As highlighted by Tiktok user @hafizitajudin, who also goes by the nickname Pok Jie, in a video recently, the influx of tourists has also led to an increased in littering around designated nature trails and scenic hotspots. In the case of one trial in Terrengganu, Pok Jie and a few of his friends found the area to be strewn with garbage upon their arrival. Initially intending to take a pit stop to picnic, they decided to shelve the idea given the state of their surroundings.

Realising that something must be done to preserve the local ecology of these natural beauty spots, Pok Jie and his friends took it upon themselves to trek through 1km of rocky, dense jungle paths with large plastic bags slung over their shoulders to collect as much litter as they could find.

“The rubbish will only accumulate if nobody decides to be responsible.”

“We don’t find eating disgusting, yet picking up our own trash is disgusting?” he said in his video.

Collected up to 10kg of trash

Weighing upwards of 10kg, Pok Jie eventually managed to bring the weight of the collected rubbish with him down from the popular tourist hotspot of Janda Mandi.

In speaking with Sinar Harian, Pok Jie mentions that during his clean-up initiative, they managed to find empty plastic bottles, discarded face-masks and food packaging, among other bits of litter.

He hopes that his video will bring awareness concerning the importance of protecting the local ecology among a younger audience. His video has since gone viral across Malaysia, garnering up to 1.6 million views. 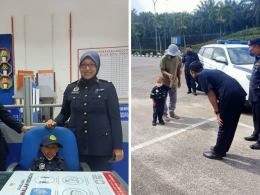 It is heartwarming to come across kind acts that can put a smile to someone’s face, and in…
byEunice 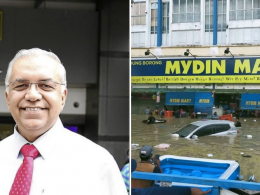 Earlier this morning, it has been reported that a number of convenience stores located in the Taman Sri…
byChee Wong It would seem that amidst all the media furor surrounding his unorthodox rituals, the now infamous Raja Bomoh Sedunia…
byChee Wong 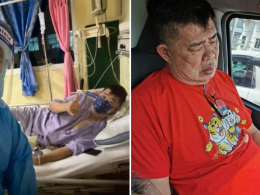 A little kindness can really go a long way. While the gesture itself may seem small, we may…
byChee Wong
24 shares
24
0
0