Just last week, one of the most landmark verdicts in Malaysian courts was passed after disgraced former premier Najib Razak was pronounced guilty on seven counts of corruption by a five judge panel led by Chief Justice Tengku Maimun Tuan Mat. For his involvement in the RM42 million SRC International scandal, he will now serve 12 years in Kajang Prison, and is also expected to fork out a RM210 million fine in lieu of an additional 5 years prison time.

Rosmah to learn her verdict on September 1st 2022

With that said however, his wife, Datin Seri Rosmah Mansor, has similarly been mired in controversy herself and is currently awaiting to learn the verdict for her involvement in the RM1.25 billion Sarawak rural schools’ solar energy project. Previously, the High Court was expected to deliver the verdict on July 7th 2022, but it has since been pushed back to September 1st 2022 at 9.00am by trial judge Zaini Mazlan, reports Free Malaysia Today.

Representing the prosecution, Deputy public prosecutor Poh Yin Tinn said that Zaini had intended for the verdict to be delivered in August, but both sides could only settle on a September date instead.

According to The Star, 70-year-old Rosmah Mansor faces a charge for soliciting RM187.5mil and two charges of accepting bribes amounting to RM6.5mil from the former managing director of Jepak Holdings Sdn Bhd, Saidi Abang Samsudin, during her involvement in the project.

The bribe was said to have been channeled to her former special officer Datuk Rizal Mansor as a token of reward for helping to obtain the Integrated Solar Photovoltaic (PV) Hybrid System Project itself, in addition to the genset/diesel maintenance and operations for 369 schools amounting to RM1.25 billion from direct negotiations with the Education Ministry.

Documents on the judgement reportedly leaked

On the cusp of the verdict’s announcement however, the Federal Court Chief Registrar’s Office has lodged a police report against local news portal Malaysia Today after it had allegedly leaked documents pertaining to Rosmah’s judgement ahead of this Thursday, reports The Sun Daily.

“This action was a deliberate act aimed at undermining the integrity of court operations and administration of justice. In this connection, a police report has been lodged against the reports of this portal,” a statement from the office read.

The police are now investigating into the matter under Section 8 of the Official Secrets Act 1972 on leakage of information, Section 203A of the Penal Code (offence of information disclosure) and Section 233 of the Communications and Multimedia Act 1998 (disseminating offensive statement), said Sentul district police chief ACP Beh Eng Lai.

Also read: Najib let out of prison for 1MDB trial, but M’sians ask why he arrived in a SUV instead of a Black Maria van 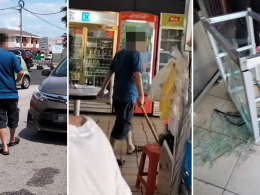 As the dawn of 2022 takes its cycle, we have now officially entered our third year coexisting alongside…
byChee Wong
No comments Restaurant connoisseurs are getting more creative at engaging their customers by including stunts in their food displays—for instance,…
byEunice
No comments 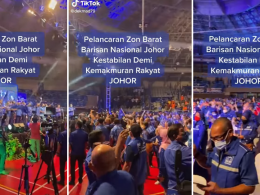 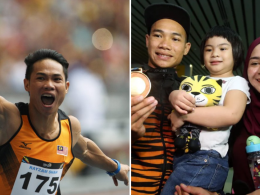 If one looks into Malaysia’s track record in sports, it is pretty easy to see how our national…
byChee Wong
1 share
1
0
0
No comments