When going out for lunch to your favourite nasi lemak stall or economy rice shop, many of us may fall into the habit of referring to stall operators by a range of monikers. We may call them abang if they’re men, akak if they’re women, or sometimes auntie or uncle if they happen to be middle-aged in appearance. But not every stall owner feels the same about being referred to as an auntie, especially one lady boss in Taiwan.

As reported by Taiwanese news outlet Taiwan News, a member of the Baofei Commune (爆廢公社) community Facebook group took to sharing his experience after visiting a local shop that sold breakfast foods in the Zhongli District of Taoyuan City. At the time, he said that he had referred to the proprietress by the seemingly innocuous moniker of auntie when purchasing a thick slice of smoked chicken with onion, alongside a glass of cold milk.

To his surprise, his request was completely ignored. A customer who happened to be present at the same time then pointed up to a banner that hung over the shop’s entrance, wordlessly indicating to him to read.

Shop’s lady boss puts up banner, warns those over 18-years-old not to call her ‘Auntie’

In bold letters, the sign read ‘In order to maintain the quality of the food, those who are aged 18 and above, please do not refer to the proprietress as ‘Auntie’,’ while also including a photo of the owner herself.

Realising his mistake, the man then changed his approach and referred to the female owner as beautiful lady boss, before reiterating his request again. This time, the owner did indeed serve him his breakfast, but not before allegedly giving him a look and saying “The sign was made for you.”.

Hilariously, the man ended his post by adding that he hopes there was nothing suspicious added to his breakfast.

His post has since attracted some discussion among Taiwanese netizens, many of whom agreed that when referring to a person of indeterminate age, it is often helpful to approach it with a certain degree of tact and grace. Some have suggested that women should be referred to as 大姐 (older sister) while men should be referred to as 大哥 (older brother).

One even suggested that people should simply resort to addressing other people by ‘Mister’ or ‘Miss’, as it’s often too difficult to tell how old a person actually is. 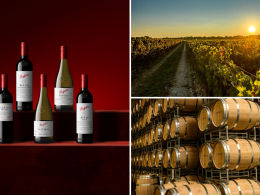 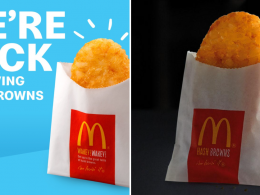 McDonald’s M’sia announces breakfast hash browns are back today, after it was temporarily discontinued before

Between an ongoing conflict between Ukrainians and Russians, in addition to a global economy beleaguered by the effects…
byChee Wong
1 share
1
0
0
No comments Malaysians know good food. Whether if you’re referring to a full-fledged meal to keep you filled for hours…
byChee Wong
1 share
1
0
0
No comments