The Internet is truly a marvellous thing that has enabled humans from far and wide to transmit and exchange information as easily as by tapping a button on the screen of their smartphones. However, that great power also comes with the burden of responsibility in making sure that the information we share is truthful and accurate. Only, that isn’t always the case.

Chain message claims squid rings are made from pig’s anus

Just recently, Malaysian social media users were surprised to discover that a chain message has been widely circulating among local WhatsApp message groups, making the incredulous claim that squid rings that are popularly served deep-fried in batter, are in fact made out of the anus of pigs. One Twitter user who goes by the username @qeels88 explains that she had seen the message after it was forwarded to her mother and shared a screenshot of it with other netizens.

“Assalamualaikum friend, wanted to share some info, this is actually pig’s anus that may look a lot like squid. The rings appear large and white, whereas real squid rings actually have purple spots on them. I was afraid you might have bought them by mistake.

A kilo is being sold in Perlis for RM7.90, while in KL it is sold for RM11. They sold it in plastic bags, which is why my friends didn’t dare to buy it. They even stuck a Halal-logo sticker on it.” the message claims, while including a photo of the purported frozen ‘pig anuses’.

Netizens left amused by the misinformation

Predictably, the erroneous claim has since sparked many hilarious reactions from amused Malaysians, with some adding that their own mothers have received the very same message as well.

“How can there be so many pigs’ anuses? Hahahaha those are squid la.”

“Imagine how many pigs had to die for this.”

“Hahahaha we got the same message too. And as kids, we had to explain and counter the misinformation. Anyone who wants to use this, feel free.”

Another netizen points out that it would make no sense for any suppliers to want to sell ‘pigs anuses’ at such a low price, as the prices of pork are now increasingly more expensive in Malaysia, with average prices going for anywhere between RM25.60 to RM35.29.

“Did you know, even the Chinese community is complaining that the prices of pork have become increasingly expensive.

Who wants to run a business at a loss like this?”

This is further corroborated with findings obtained by Halal advocacy page Think Like A Halal Executive. In contacting the Shandong Halal Certification Service, which issued the Halal approval for the product seen in the photo, they have obtained confirmation that the rings are indeed made from squids and have been officially certified Halal. 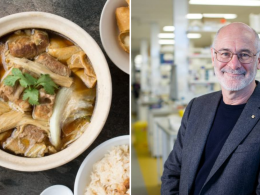 When the weather gets a little damp and cold in Malaysia, rarely anything can beat a nice, warm…
byChee Wong
7 shares
7
0
0
No comments 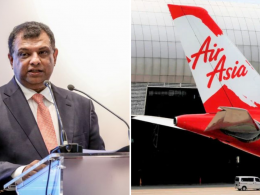 LATEST: Tony Fernandes has resigned as CEO of AirAsia X owing to other commitments

In an unexpected development to emerge from Malaysian low-cost international flight carrier AirAsia X Bhd, it has been…
byChee Wong
No comments