Children are the apple of their parents’ eyes, as many of us can readily attest to. In hopes of ensuring that their kids are able to grow up with safe and fulfilling lives, many mothers and fathers are willing to go truly above and beyond to protect them from the dangers and perils of the real world. With that said, too much of a good thing in this case can leave a child to become too reliant upon their parents, even well into adulthood.

As reported by local paper Sin Chew Daily, a local restaurant owner took to sharing her encounter with a woman who had sent her a query concerning a vacancy. Given the fact that the restaurant was looking to hire new members of staff, the owner had initially assumed that the woman was trying to apply for the role herself. However to her surprise, it turns out that the woman was in fact helping her child find a job!

Throughout her conversation with the woman, the owner notes that she asked a number of questions regarding the salary as well as other renumeration benefits that they offered, which she dutifully responded. Yet, the mother made no attempt to ask about the job description or responsibilities that the position would entail.

To her surprise, the mother then suggested that the restaurant owner come over to their home so that they can conduct a face-to-face interview with her child in person.

This isn’t a university course where parents need to know what their children are studying. You’re looking for a job. Shouldn’t you be asking about the job responsibilities, before asking about the pay and the benefits?” she said.

She also pointed out that it’s typically common sense that job interviews would take place at the place of employment, adding that this was the first time she had received such a peculiar request throughout the time she has been running her restaurant.

Netizens have since admonished the mother for mollycoddling her child, with some sharing similar experiences in dealing with other similar encounters.

“This is clearly the parents’ fault.”

“I have employees born after year ’00 who had their parents sit next to them on the first day of work, out of fear that their child might be bullied.”

“Later on, the mother would ask the boss to let her sit next to her child at work.”

“She will raise a child who refuses to grow up.” Found on most major roadways, emergency lanes are designated paths that are meant to allow vehicles responding to…
byChee Wong
4 shares
4
0
0
No comments 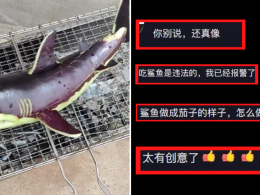 At this point, we can all probably come to the consensus that our fellow abang and akak delivery rider have…
byChee Wong
No comments