Arguably one of the most representative aspects of being Malaysian is our diversity, given how the country has often been extolled as being a melting pot of shared cultures and heritage owing to the many diasporic communities that live in it. As such, the virtue of mutual respect between one another, regardless of social station, creed, race, or religious beliefs, plays a fundamental role in preserving the social fabric of our local communities.

Just recently, local authorities have been working to track down the identity of a man who was caught on camera disposing a decorative statue of Hindu deity Ganesha into a rubbish bin. The incident was said to have taken place in the Taman Scientex neighbourhood of Pasir Gudang, Johor on 15th May, with video footage showing how the man had gone out of his way to remove the statue from a water feature in-front of a small home garden.

In an update on the case, Malay Mail reports that the suspect has been revealed to be a 23-year-old restaurant assistant, Gabriele Jungkak Steward. He was slapped with a RM2,500 fine at the Kulai Magistrate’s Court yesterday (23rd May 2022) by Magistrate Sharifah Maleeha Syed Hussin, and was also sentenced to a three-month jail term if he fails to pay off the fine amount.

Admits to burning and throwing away other decorative religious statues

His charge sheet shows that Steward had pulled a decorative statue of Hindu deity Lord Ganesha costing RM25 from a water fountain, before disposing it in a garbage bin nearby. For his offence, he was charged under Section 427 of the Penal Code. In his appeal, Steward said that he had committed the act as the statue had been in his way when he was passing through at the time, despite the fact that video evidence indicated otherwise.

What’s more, the man had also admitted that he had burned or thrown away other decorative religious statues in different locations at different times.

Prior to meting out his sentence, Magistrate Sharifah Maleeha advised the accused to learn how to live in a community and respect the belongings of other people. He was not represented in court. 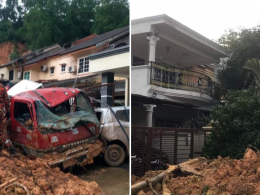 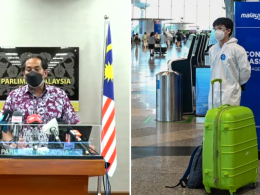 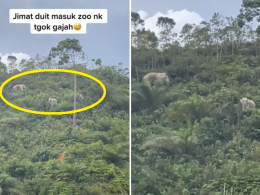 Throughout evolutionary history, animals have depended upon their instincts for the sake of survival. From the way some…
byChee Wong
No comments 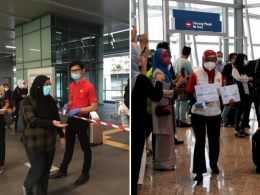 Asides from MySejahtera check-ins and the topic of face masks, Khairy has also stated that the physical distancing…
byChee Wong
No comments