When it comes down to driving on Malaysian roads, many of us may be accustomed to the usual plethora of ‘Highway Kings’ zipping about traffic, or large luxury cars on the fast lane speeding through the city.

But how often are you going to come across a bullock cart being led along a highway? Well, that happens to be exactly what some surprised motorists found themselves driving past along the main roads of Taman Serdang Perdana recently, as evidenced by a number of video clips that have since gone viral over social media.

’, three men can be seen riding the bullock cart as it was leisurely tugged along by two bulls. Completely nonchalant in the face of all the attention, one of the men even waved towards a motorist who was filming them on their journey.

The short clips have since garnered a number of reactions among netizens, many who were left tickled by the unconventional means of transportation that the men have chosen. Some have gone on to colloquially refer to the bullock cart as ‘Lembughini’, in an apparent play on the Malay word for cow, ‘lembu’, and the Italian sports car brand ‘Lamborghini’. However, others have tapped the local authorities to look into the matter.

Some speculation has pointed to the likelihood that the men may have been familiarising themselves with a parade route for the upcoming Thaipusam celebrations, which are expected to take place next month in February.

For those not in the know, bullock carts are often considered to be one of the oldest means of transportation, with evidence of its use dating all the way back to 4400 BC. 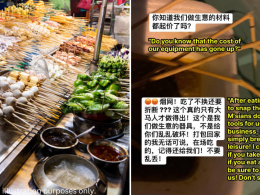 M’sian loklok vendor berates customers for snapping her skewers after eating, gets schooled over her lack of hygiene

A Malaysian loklok vendor has recently received a barrage of criticism from local social media users, after she allegedly…
byChee Wong
1 share
1
0
0
No comments 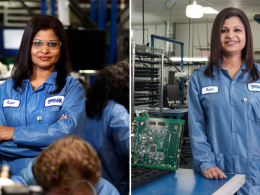 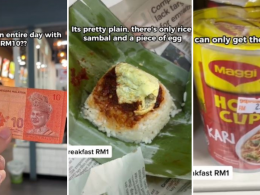 Due to the recent inflation, Malaysians have been forced to cut down on daily expenses, sometimes including the…
byEunice
1 share
1
0
0
No comments 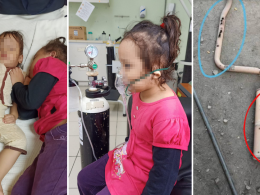