M’sian wrongly claims seasoning brand isn’t safe for Muslims as it ‘contains’ pork, but label actually states ‘Use On’

Food is a common language that many of us can all relate to, regardless of your origins. By that merit, everyone should be able to enjoy the foods that they love, regardless of their respective dietary preferences or restrictions, whether it be Muslims who can only consume Halal foods, or vegans who only consume foods made without animals or animal byproducts.

With that said, one Malaysian netizen has recently landed herself in proverbial hot soup after making unfounded claims concerning whether a popular brand of food seasoning is safe for Muslims to consume. In a short clip that has since gone viral over the local social media space, the female netizen could be heard issuing a stark warning to Muslims to be wary when purchasing certain types of seasonings sold by the American food company, McCormick.

Filming from what appears to be a supermarket aisle, she proceeds to focus the camera towards a rack of spices from the brand and picks out a bottle of Cajun Seasoning.

“For those of you who frequently go to Jaya Grocers or whatever and want to buy spices from these racks right, especially McCormick.

You all need to be careful because look at this guys, this Cajun Seasoning, the ingredients contain pork.” she could be heard saying.

She then proceeds to turn the bottle around to ‘prove’ her point. However, eagle-eyed viewers may be quick to notice that what she had been referring to was not in fact, the list of ingredients used to make the spice blend at all.

On the contrary, it was simply a serving suggestion indicating what sort of dishes the seasoning could complement instead, as clearly stated by it’s ‘Use On’ and ‘Use In’ labels. Whoops.

Placing the Cajun Seasoning back, she then plucked out a few other bottles of seasoning, including a ‘Season All Seasoned Salt’ blend and ‘Steak Spice Seasoning’ bearing the same serving suggestions, and repeated the same warning.

She even went on to suggest that seasonings marketed by the brand using orange font was an indication that it ‘contained pork’, when that was not the case.

Malaysian netizens have since criticised the woman for jumping to conclusions without first thoroughly ascertaining the accuracy of her claims.

“Wehhhh if that’s the case, did anyone ever tell her that ‘Pork-Free’ means it doesn’t come without pork, and not that when you buy something you get a piece of pork for free?”

“Problem is, does she understand the term ‘Use On’? Why whenever people notice the word ‘PORK’ they immediately want to claim that the food contains traces of it? Aduhaiiii. Anybody please go and tell these people to read properly before getting all worked up about things that they are not even sure about like this.”

“She left her brain at home.”

“Oh no, she really is confident. Sis, if we follow your confident logic, then even coconut milk can become ‘haram’ when they instruct you to use it in pork curry.’ 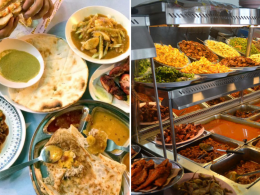 You’ve heard it all at this point, from the rising cost of vegetables, to the soaring cost of…
byChee Wong
No comments Themed restaurants can make for a pretty memorable experience, if done correctly. Combining the right ambiance with the…
byChee Wong
1 share
1
0
0
No comments 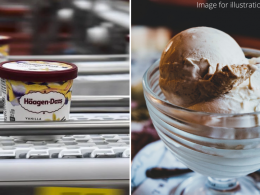